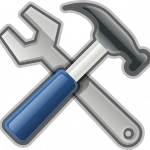 Greetings, shall we make a game?

This event is something we decided to put together during the small down time we have between Mechadroids updates to add a little variety to our lives and have some fun. What we are going to do is develop a small game, over a couple weeks, based on the community’s specifications.

So… what do you do? In our forum we have a few choices that you can vote on. The choices are separated out into different areas of a game such as ‘genre’, ‘story’ and ‘graphics’ for instance. Once enough people have voted we will accept the top choices in each area and take two weeks to make a game based off it. We fully expect the game to be a little mad but that’s part of the fun, right?

With Round 4 starting (Update 1.2.0) we release our largest Mechadroids update! Along with all the great new features we mentioned in the previous blog post we’ve made one or two tweaks and bug fixes.

Congratulations to ‘NeverLupus’ who has been duking it out from Round 1 to win a round, narrowly missing out each time. This time he has emerged victorious from the wreckage! Special mention to ‘WiredDroid2’ and ‘saq’ for being close behind.

So… what’s next? We’ll be working on a web version of the game for Facebook and Google+, along with more features for the Android version. It’s still early days but expect to hear more information about that in the coming weeks.

That said… enjoy Round 4!

Here is the full changelog…
END_OF_DOCUMENT_TOKEN_TO_BE_REPLACED

Round 4 starts tomorrow and we’ve been working really hard to bring some awesome features into Mechadroids!

We’re introducing two new Mechadroids to the store! The Ninja, a covert agent of unorthodox warfare, and the Pirate, criminal scum of the world. When you purchase them in the Mechadroids store you’ll get a free rebuild and the full set of Mechadroid parts to remake yourself however you’d like!

You now have a choice of continuing to use the old battle system (now named ‘Passive Battle’) or using the new, more involved, Active Battle system. Using this new system you’ll have much more control over fighting. You’ll fight the battles turn by turn with a choice of four different attacks (normal, power, quick and scatter shot). You’ll be able to feel out your opponent’s weakness while fighting and exploit it ’till they are crying “Please…. No More!”.

Have that certain foe that keeps stealing all your credits? Have trouble beating them yourself? Put them up on the bounty board! You’ll be able to set credit and BP bounties on any player in the game. Any victory against a bountied player will give you some of the bounty and by people winning they will also steal credits off the bountied player so it’s a win/win situation… except for the bountied!

So that’s a taste of the new features coming tomorrow, not to mention the bug fixes and other smaller changes. See you at 8am UTC+1!

Get ready for the smack-talk, because the Mechadroid voice synthesizers are coming online! Version 1.1.0 of Mechadroids brings with it the new Taunt System so you can tell your foes (and even your friends) what you really think of them. Everyone starts with the free standard taunt pack but there are more packs available from the premium content store so check them out!

In addition, you can now purchase Deadworld Fragments (our premium content currency) from the Deadworld ID site and Fragment purchases from this site are subject to a discount of up to 10%!

Here is the full changelog…
END_OF_DOCUMENT_TOKEN_TO_BE_REPLACED

Congratulations to the Mechadroids Hall of Famers from round 1! It was a tough round for some people and some vicious fighting took place for those highly coveted positions! The hall of famers will be remembered on the Mechadroids site long after the last Mechadroid has fallen into a crumpled cardboard pile.

That said, onto round 2 and update 1.0.1. The focus of this update is to fix bugs, tweak balance and introduce a few small changes into the game. The exciting new features will come in Round 3 (update 1.1.0).

So, stable that arm back on since it’s round 2… fight!

Here is the full changelog…
END_OF_DOCUMENT_TOKEN_TO_BE_REPLACED

After a successful Mechadroids release we’re off to show the game off in our very first games show.

If you’re free we would love to meet anyone who comes to see us! The show starts at 10am and ends at 3pm – you’ll need a ticket but the good news is that it’s free!

Join the Fight! Mechadroids is Released!

Mechadroids is now available on Google Play! Download it free for Android and join the fight!

Start up your Large Hadron Colliders and brush the dust off your cardboardium armour! Fix that gammy left leg, slap on the paint and bring the Mech infused action to your friends and foes.

See our Mechadroids release trailer for a glimpse of the game!

Mechadroids is Coming – 30th of May

Our 4 month, going on 14 month, Android development project is finally coming to fruition. We’ve really been pushing ourselves hard to get everything wrapped up and in five days time, on the 30th of May, we’ll be releasing Mechadroids onto Google Play! Epic thanks go out to our community for their testing, feedback and constructive (and not so constructive) criticisms. Also, massive thanks goes to our Artist, Alix Briskham (portfolio here), who has turned Mechadroids from an obfuscated and confusing sprawl of poorly drawn images and icons into a sleek masterpiece of awesomeness (with a lot more improvements and premium content coming very soon).

So, ladies and gentlemen, get your Mechadroid ready.

Mechadroids is coming, for honour and glory!

May 25th, 2012 by Rogue Vector | Type: Standard
Filed Under: News Tags: Mechadroids No comments yet
May
23

We are finally here. This is the last Mechadroids release (baring any game breaking bugs) before we push out to Google Play and rename to version 1.0.0! We have to say thank you to everyone who is helping us out by testing Mechadroids. This is the last push until we go live!

With this new version we bring you something else very special. We’ve completely rewritten our authentication / user system and we bring you the new Deadworld Studios ID system (DWID). You can log in with your existing Deadworld login details.

Keep an eye out for an announcement for Mechadroid’s upcoming release date!

– Added ‘Battle Points’ (BP). BP is gained from fighting other human players and can be used on some premium content
– Added ‘Rebuild’ premium item
– Added ‘Rebuild’ area. Allows you to change parts and colours of your Mechadroid if you have a rebuild item
– Player’s Mechadroid is displayed on the main screen once it is cached
– Added colour copy & paste functionality to Create and Rebuild areas
– Registration from Mechadroids now works
– Added one time help messages for some areas

Here is our first balance update for Mechadroids version 0.5.x. We’ve tweaked a few things and run a reset.

With each release we’re running a 20 question quiz. Congratulations to ‘Pringle’ won the prize of 300 fragments, ‘Dracuella’ won 200 fragments and ‘Inveracity’ won 100 fragments! We’ll be running another one today so feel free to drop by our IRC channel.

All participants will receive 50 frags and frags are premium content currency for Deadworld Studios!

Changes:
– [Server] Battle turn sequence algorithm has been improved to make it scale better
– [Server] Attack and defence attribute calculations have been improved for scaling
– [Server] Bot Mechadroids slowly gain credits each hour up to a maximum
– [Server] Credit stealing from lower levels has a much greater fall-off