It’s been a month since our last post and we’ve been pretty busy so we haven’t had time to put together another one of our blog series’ posts. However, we will update you on what we’ve been up to recently.

As mentioned in the previous blog post, the Wales Games Development Show went really well for us, leaving us on a bit of a high and raring to jump straight back into game dev. Still, we decided to take a step back and analyse why the tech demo went down so well. We know what we have planned for Solitude, but the tech demo was a very small slice and a very specific scenario that could possibly arise within the game, and because it was so successful we wanted to make sure what it had was not lost as we progressed. 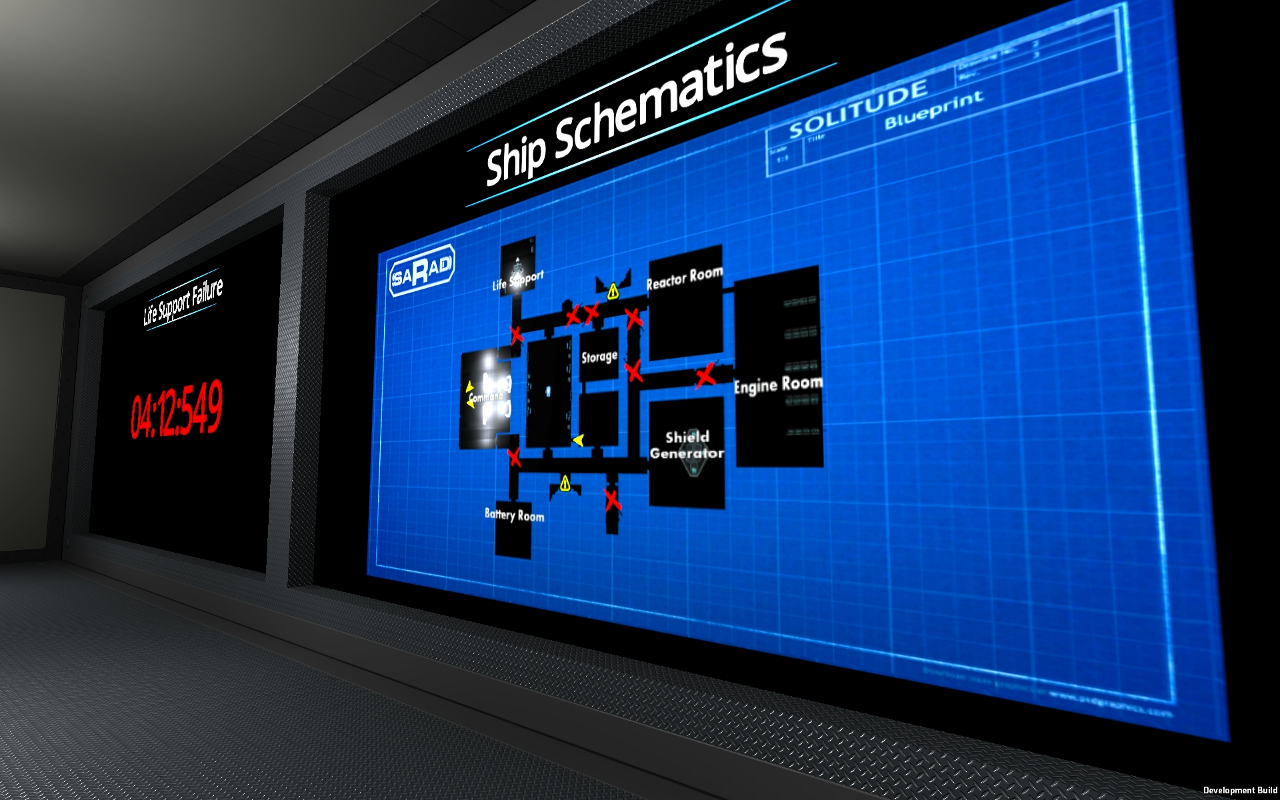 After we examined the tech demo and determined the core gameplay mechanics that made it so much fun to play, we proceeded to refactor and clean up the entire codebase. The entire tech demo was developed in just over 2 months from beginning to end, with the last 5 weeks being some pretty intense crunch. The result, there was a lot of messy code, quick fixes and hard-coded systems to get the tech demo ready in time. So, naturally we had go back through and sort it all out. At the time of the tech demo, the server-side mod scripting system was already in and the scenario was written in it. However, the client-side mod scripting was not, so all the client-side tech demo scenario stuff had to be hard-coded. Over the past month Rich has implemented the client-side mod scripting layer and rewritten the entire tech demo to use it as a test. As of now, none of the tech demo game logic is hard-coded and it completely resides as scripts that get loaded at runtime. However, Unity does not natively support runtime model loading, so in order for our modding system to be complete, Rich is having to implement his own runtime model loader (I’m sure Rich will write up a whole post on his as it nears completion).

We also brought in an intern (Steve Cox) to work with us for a couple months and got him doing some of our outstanding tasks and has generally been a massive help. He’s already ported the dedicated C++ written server from Windows to Linux and replaced our build process with an ant build script. This allowed us to hook it up to Jenkins to automate the build process. He’s also created some targets in the ant build script for cross-compiling so we can automate Windows builds from our Linux dev server. All stuff that was on the to-do list and incredibly important. Kind of nice having an extra pair of hands around. We’ve currently got him working on some of the procedural generation code that will eventually feature in Solitude and that’s looking good so far, but there’s still lots more to do on it. We put together a short video to show where we are on that front (height deformation works but currently turned off).

James has been busy working on Solitude’s mod synchronisation system between the server and the client. The idea is that when a server is launched, it scans over its own installed mods (which includes the client-side assets as well) and stores that information in a registry. When players join a game’s lobby (before the game has started), the host is able to select which mods they want enabled for that particular play-through. Once decided, they hit launch and the server checks if the clients have those mods installed and that the files match. If not then the server begins transferring the mod files to the clients that need them while they are still in the lobby (so they are still able to chat). Once all mod files are transferred, the clients load them and then receives the state of the environment from the server before launching into the game. This means that any player will be able to join any server regardless of whether they have the mod files installed or not as they’ll be install on-demand.

That pretty much summarises what we’ve been up to lately. Hopefully, we’ll be able to get out a blog series’ post in a couple weeks.